Is the Philippines, Metaverse Ready? 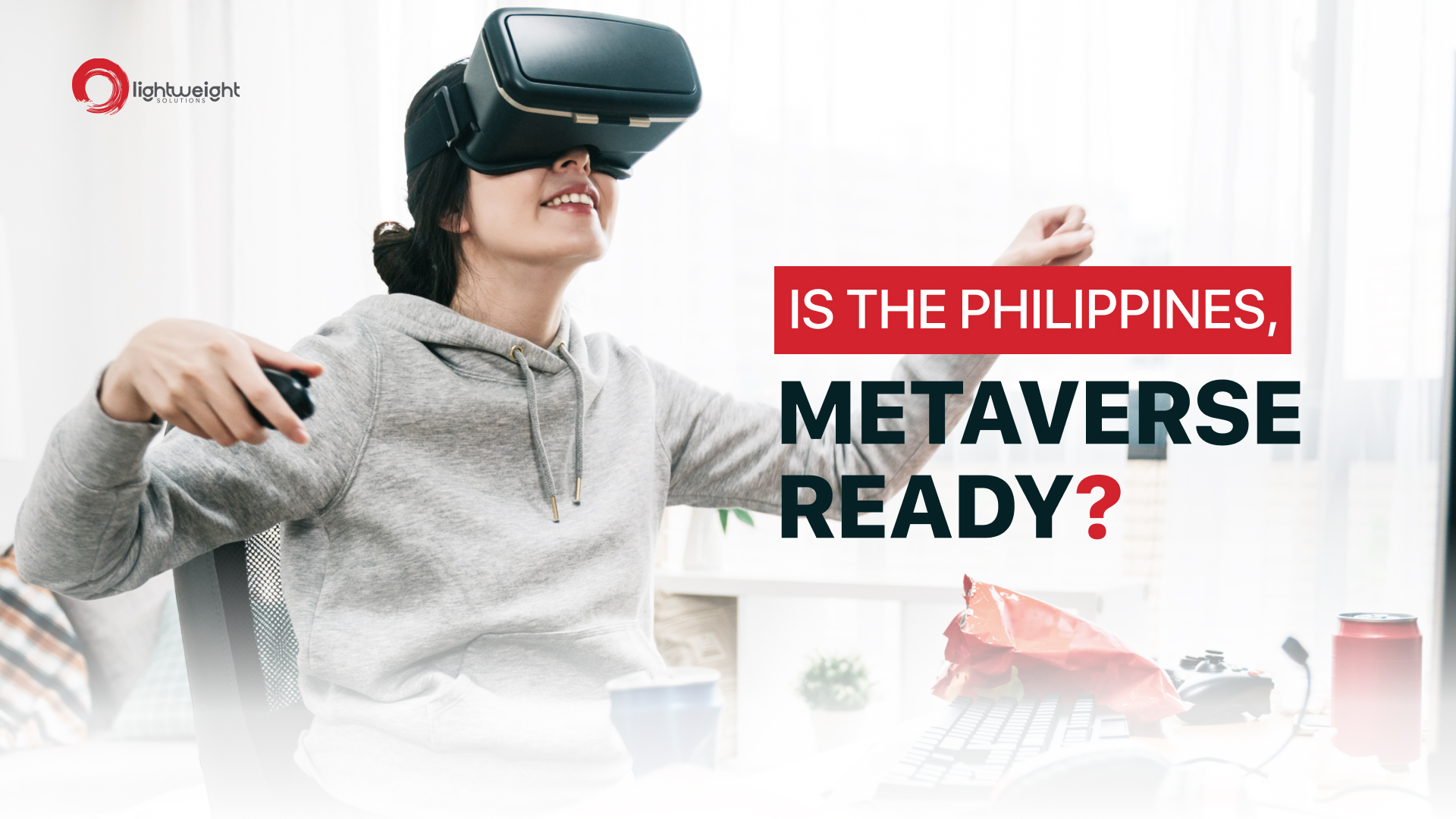 The Philippines is one of the most progressive countries in Southeast Asia, with a young, tech-savvy population and a fast-growing economy. It’s no wonder that many are asking if the Philippines is ready for the Metaverse.

First of all, What is Metaverse?

Metaverse, which is short for “the world beyond the internet”, is a virtual reality platform that allows users to create, explore and interact with each other. The world of Metaverse is made up of multi-dimensional spaces, towns and cities that can be visited by anyone with a VR headset. Each user has their own identity and can interact with other users in real-time using voice chat or text chat.

The idea of Metaverse was first introduced in 1992 by Neal Stephenson’s novel Snow Crash. Since then, it has been imagined many times in various forms of media such as movies, books and video games. Recently it became a buzz because of the rise in popularity of VR headsets such as Oculus Rift and HTC Vive among others as well as major companies like Facebook investing heavily into creating new ways for people to interact online through social media platforms such as Facebook which allows users to meet up with other users from around the world through virtual reality headsets such as Oculus Rift or HTC Vive

In the Metaverse, besides interacting with people through virtual reality–people also are investing in a digital currency called cryptocurrency and digital assets called Non-fungible token or also known as NFT.

Non-fungible tokens are unique and cannot be replaced by another token with the same characteristics. They are usually digital goods that are scarce, like collectibles or artwork.

The Metaverse is an open-source, public, and decentralized platform that is powered by blockchain technology. The purpose of this platform is to create a new world where people can freely create and interact in shared spaces. The Metaverse uses the blockchain to manage digital identities and keep track of the ownership of assets.

So is the Philippines ready for Metaverse?, the short answer is: Yes, the Philippines is ready for the Metaverse. Filipinos are comfortable with new technology – in fact, many have jumped to “play-to-earn” games such as Axie Infinity, with 40% of its players are Filipinos globally. Filipinos are also open into investing in NFTs, being Top 1 in NFT ownership on Finder Survey. Meanwhile, Unilever Philippines has recently launched a VR world called U-COINVille, their own initiative to prepare for the Metaverse.

However, there are some challenges that the country is facing in joining the world of Metaverse:

According to an analysis by Asian Development Bank (ADB) and Thinking Machines Data Science, Inc., residents of the wealthiest cities in the country enjoy an average fixed broadband downloadable speed of 25.65 Mbps while those in the poorest cities experience only 4.62 Mbps.

2) The country’s internet penetration rate stood in 2022, but Filipinos are still using mobile data as a source for their internet.

The Philippines’s internet penetration rate stood at 68.0% of the total population at the start of 2022. But according to the National Information and Communications Technology Household Survey (NICTHS) conducted by the Department of Information and Communications Technology (DICT) in 2019, most Filipinos still rely on cellular mobile services for their internet connections due to poor, inaccessible, and expensive internet service, especially outside Metro Manila. Cost and availability remain the biggest barriers to internet connectivity while a number of rural areas remain unserved by the private sector.

3) Some Filipinos still can’t afford to buy smartphones or tablets due to the COVID-19 pandemic and economic crises.

In a 2020 survey conducted by the Social Weather Survey (SWS) about distance learning for school-age Filipinos (5-20 years old), only 58% of students use devices for distance learning. SWS also learned that among those who had never owned a device before the academic change, the most common form of gadget purchased or rented was a smartphone, with 79% purchasing or renting it.

What do you think? Is the Philippines ready to join the Metaverse? 🤔

PrevPreviousStreet Geeks NFT has been featured in BitPinas.com!
NextThe Ultimate Guide To Running Your Very Own E-Raffle CampaignNext