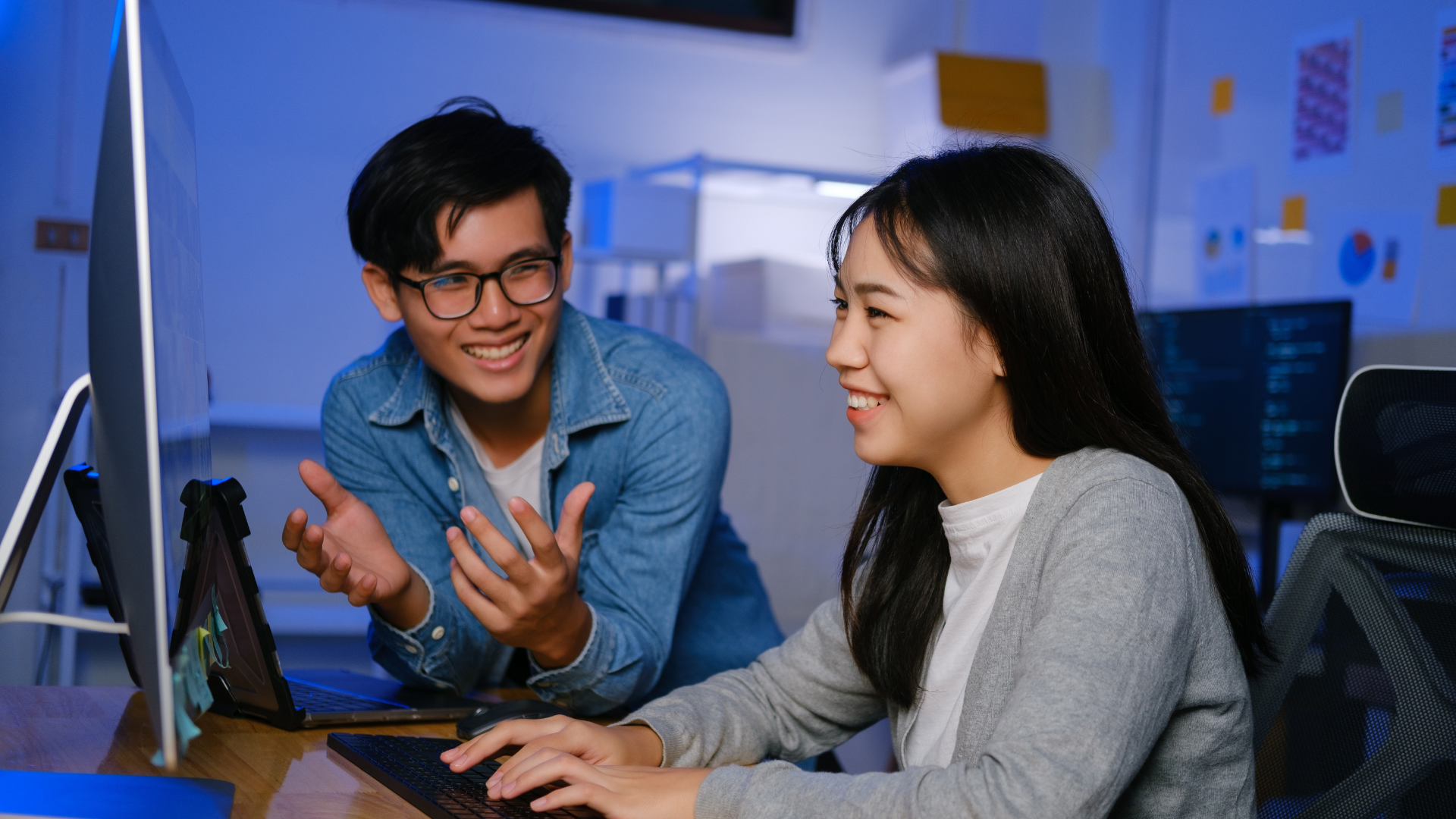 If you’ve ever tried to explain what you do for a living, you’ll know how hard it can be. When a software developer or web developer explains the programming language to non-programmers, they usually get some kind of blank stare in return. If they’re feeling generous, they might ask me what that means and where the pay comes in.

We understand that it can be hard to grasp the concept, but I think if you tried to explain your work in a way that anyone could understand, you’d find most people are actually very interested. The language of programming has evolved over time and it’s not always clear what words mean.

This post is about learning the programming words for non-programmers.

A script is a list of commands that tell the computer what to do. The script below is a simple example of a script. It tells the computer to print “Hello World!” and then it ends by closing the program (the window).

An algorithm is a set of rules to be followed in solving a problem. It can also mean a step-by-step procedure for solving a mathematical problem or performing a task.

The most common type of API uses HTTP requests and responses sent over the internet using HTTP verbs (GET/POST/DELETE) and URLs. The data that is sent back and forth is called JSON (JavaScript Object Notation) which allows you to access certain properties in your code without having to write too much code yourself!

Staging is the process of testing your code on a separate environment. This allows you to check if it works as expected and if there are any bugs in it. It also ensures that your app is ready to be deployed when you’re satisfied with its performance.

The phases of a computer program’s life are usually referred to as the “program lifecycle”, or simply just “the lifecycle”. There are six main phases:

To make these phases run smoothly, A project manager is assigned to monitor the progress of the team’s task and deliverables. To do this, they will do a Software Methodology.

Database is a collection of data stored in a computer. The database can be structured or unstructured.

A structured collection of data means that the data is organized into tables and columns, with each column containing specific information and the rows relating to one entity (such as an entry in a phonebook). If you have ever seen something like this:

then you have seen an example of a table with three columns (name, phone number and email address) and four rows corresponding to four different entries in the book. Each row has specific values for each column based on what type of information they contain.

Front end and back end are two sides of a computer program. The front-end, or user interface, is what the user sees and interacts with; the back-end does all the work to make it work. They’re often developed separately by different teams (front-end developers and back-end developers), so each team has its own language, too!

A server is the computer that provides services to other computers. A web server hosts websites and web applications, a mail server delivers email, an FTP (file transfer protocol) server stores files for access by other computers, and so on.

A simple analogy might be a restaurant: the servers are the waiters and waitresses who deliver food to customers. The kitchen is where you can find your chef preparing all of those delicious meals you’re enjoying at your table!

Code is a set of instructions that tells the computer what to do. It is written in a programming language and stored in a file called a source file. The source code can be executed by a compiler which translates the human-readable code into machine-readable assembly code (the lowest form of programming). The executable binary files generated by compiling are then run by a runtime environment or an interpreter which then executes them.

A computer programming language is a special language used to create programs that run on computers. These languages are usually designed to be easy for humans to understand and use, but very difficult for computers to process. This means that whenever you type code into your computer, it will be translated into one of these languages before it can be executed by the CPU (Central Processing Unit). Typically when people talk about “programming” they mean writing a program using one of these languages.

Programming is a process of solving problems by writing and running computer programs. The purpose of programming is to create a program that can be used to solve a problem. A program is a sequence of instructions for a computer, written in one of many programming languages. It’s often described as being like a set of blueprints for how the computer should behave when it runs the program.

Syntax is the set of rules that define how a piece of code is written. It’s not just the words you use, but also how they are arranged. For example, the following two expressions evaluate to true:

HTML consists of text surrounded by tags. A tag may be opened and closed to indicate beginning and end of the element it identifies respectively. Tags are usually paired with a pair of start-tag and end-tag in between them.

HTTP and HTTPS are two different protocols that play important roles in online security. HTTP stands for Hypertext Transfer Protocol, the underlying language of the web. It’s used to retrieve web pages, send data to and from your browser, and more generally handle unsecured communication between all parties involved in retrieving a page.

The other protocol is HTTPS (Hypertext Transfer Protocol Secure), which does pretty much what you’d expect: it secures every piece of data sent over HTTP using encryption techniques like SSL/TLS (Secure Sockets Layer/Transport Layer Security).

HTTP has been around since 1990, but it wasn’t until about 2005 when HTTP started getting more serious about security by adding optional SSL/TLS support. This means that if someone tries to access a website via HTTP without SSL enabled on their computer or mobile device (which they probably were doing back then), they wouldn’t get anything at all! All they would see was a blank screen with some error message like “There’s something wrong with this website.”

We’ve covered some of the most common programming words for non-programmers. We hope this has helped you to understand the basics of programming and feel more confident about getting involved with it! If you’re feeling inspired to learn more about programming and want to get started, we recommend staying tuned for more software development tips and articles. We’ll be releasing more content soon!